The frontrunners are closely followed by Polish pianist Hania Rani, psychedelic R’n’B singer Greentea Peng and electronic music trailblazers Flying Lotus and Floating Points, all vying for two awards each. You can view the full list of 2020 nominees on the site here.

As the AIM Independent Music Awards enters its 10th year, the winners will be announced during a digital ceremony on 12th August. Alongside the award-giving, 2020’s ceremony will feature a variety of live performances. South London’s hotly tipped newcomer Arlo Parks is the first to be confirmed. Nominated for the One To Watch Award, nineteen-year-old poet and singer Parks has garnered a fierce following for her self-professed ‘confessional bedroom pop’.

Attendees of the event will be able to purchase an exclusive VIP hamper and AIM Awards “Pub in a Box” from the end of June via Signature Brew’s website. Sign up here to be notified when these are available. 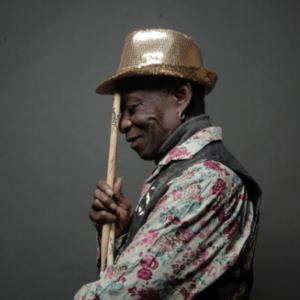 Afrobeat pioneer Tony Allen has been announced as winner of the Outstanding Contribution To Music Award, and will receive the award posthumously following his passing in April. Allen is also in the running for Best Independent Track with “We’ve Landed”, a collaborative track with the late Hugh Masekela.

An impeccably deft percussionist with a transfixing mastery of rhythm, Allen put the beat in Afrobeat as drummer and musical director of Fela Kuti’s band Africa ’70. His rich career saw him work with some of the greatest musicians of our time such as Red Hot Chilli Peppers’ Flea and Damon Albarn, as well as influencing the likes of Brian Eno and Talking Heads.

The public vote is now open for this year’s Best Live Act Award. This year’s shortlist includes 54 leading independent artists who have made their mark on the stage. Votes can be cast here and are set to close on 29th June. The winner will be announced at this year’s virtual ceremony.

This year’s charity partner will be the Roundhouse. Each year Roundhouse gives thousands of young people from diverse backgrounds the chance to develop their skills and confidence through creative programmes so that they can choose positive futures for themselves. To find out more and support visit #RoundYourHouse.

Discussing this year’s eclectic shortlist, after entries almost doubled, AIM CEO Paul Pacifico said: “As the ceremony evolves into a virtual event, it’s wonderful to see that this year’s list of nominees is also firmly on the cultural cutting edge. This is an eclectic and talented group of artists that truly represents the breadth, depth and diversity of independent music which these awards exist to celebrate. With our new virtual format opening the door to an exciting range of possibilities, we can’t wait to reveal what we have in store for August, and see where this year takes us.”

Last Week to Submit – Here’s What You Need to Know